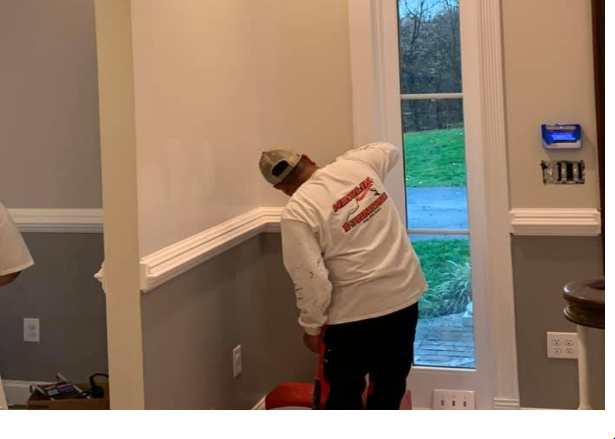 Painting is a simple home improvement project, yet it makes a significant impact when done the right way, using the right products.

At Jeff Newlin Painting, we focus on offering painting services that are sure to withstand the test of time and look good at the same time. We have worked on several projects, big and small, and one thing that’s constant in all of them is consistent customer satisfaction.

Below are two examples of our successful projects in Winchester, VA

The client, Kate Stotler, had a home with cedar sides. The cedars had worn out, possibly from old age and constant exposure to the weather elements. This caused the house to look way older than it actually was

There were also broken and worn-out boards that needed replacing.

She reached out and we created a free quotation to fit her budget and needs. The main task was to restore the worn out cedar and replace the boards.

We started the project ASAP and it took only a few days. By the end of the project, the Cedar sides had a fresh look and the boards were replaced. The client had decided to go with a grayish blue color and it complemented the home perfectly. The client was completely satisfied.

Here’s what Kate Stotler had to say about the project and services:

“Jeff and his team did an exceptional job on our home. Our cedar sided home was in dire need of maintenance and some board replacement. His estimate was fair and reasonably priced for the hard work that went into bringing our home back to life! We cannot say enough about how great Jeff and his team were. Their work speaks for itself.

Below are the before and after photos. 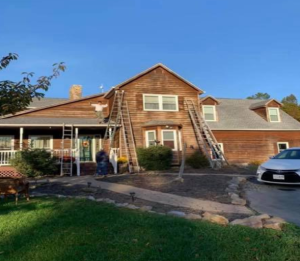 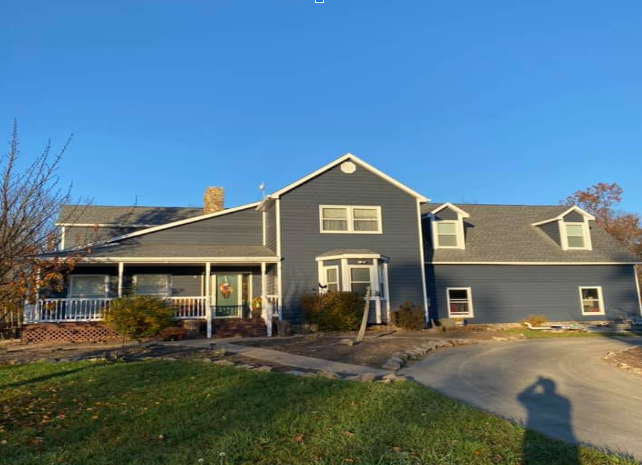 The second project was for Sara and Danny Unger and was majorly an interior painting job. They needed their house painted, but they were still not certain about the color options. The house was two story and had very high ceilings, which means care and experience were a necessity.

We discussed the explorable options and offered some ideas on the color choices. We also issued a free estimate. Since the client was still undecided, we gave them some time to come to a decision.

It took about 2.5 months for them to decide. Though this was a bit long, at the end, what mattered most was that the client ended up picking the color they were sure about, which was white and gray.

We started the job almost immediately and completed it in a few days. The client was completely satisfied with the outcome.

Below was the review:

“Thanks to everyone who contributed to some house projects this week. I HIGHLY recommend Jeff Newlin Painting you need done. He was so patient with me (it took me 2.5 months to pick out color) and his team was amazing. Very skilled and super professional! It couldn’t have gone better.”

Here are some photos from the project: 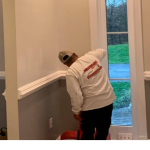 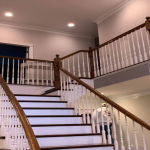 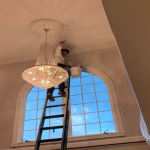